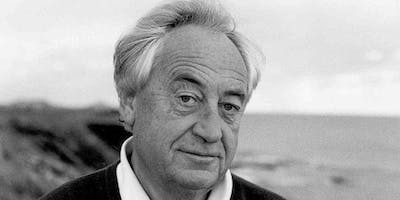 An evening with Cees Nooteboom, in conversation with Jane Fenoulhet

UCL Dutch celebrates this recognition for Dutch author Cees Nooteboom; the poet, novelist and travel writer whose work has been translated into over thirty languages. In the Anglophone world he first rose to prominence as a writer of both playful and erudite novels such as Rituals (1980) and In the Dutch Mountains (1984) and has since been an important literary voice in today’s global literature. His resolute, critical Europeanism is especially  significant at the present time.

Nooteboom’s work has been enjoyed by many UCL students, not only of Dutch literature, but of comparative literature and translation studies too. Their world is not unlike that of the narrator of In the Dutch Mountains. ‘What else do I read? Diaries, letters and, best of all, dictionaries. For let us be honest: without the intervention of any thinking agent, language itself is still the greatest communicator.’

This evening, Professor Jane Fenoulhet, Emeritus Professor of the Department of Dutch, and author of Nomadic Literature: Cees Nooteboom and his Writing (Peter Lang, 2013), will interview the author about his work, followed by a book signing and wine reception.

With the support of UCL SELCS and New Dutch Writing.