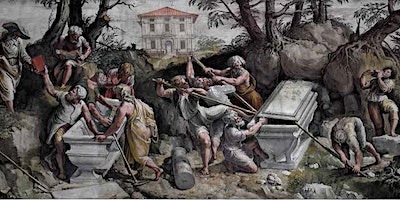 Antiquities in Motion: from Excavation Sites to Renaissance Collections

In Antiquities in Motion: from Excavation Sites to Renaissance Collections, Barbara Furlotti presents an original interpretation of the early modern market for antiquities. She reconstructs the journey of ancient objects from digging sites to venues where they were sold, such as Roman marketplaces and antiquarians’ storage spaces; to sculptors’ workshops, where they were restored; and to Italian and other European collections, where they arrived after complicated and costly travel over land and sea. Through her detailed reconstructions, Furlotti shifts the attention from collectors to the elusive peasants with shovels, dealers and middlemen, and restorers who actually unearthed, cleaned up, and repaired or remade objects, recuperating the roles these actors played in Rome’s socioeconomic structure.

Furlotti also examines the changes in economic value, meaning, and appearance that antiquities underwent as they moved throughout their journeys and as they reached the locations in which they were displayed. Drawing on vast unpublished archival material, she offers answers to novel questions: How were antiquities excavated? How and where were they traded? How were laws about the ownership of ancient finds made, followed, and evaded? How was a price agreed upon between sellers and buyers?

Dr Barbara Furlotti is Associate Lecturer at The Courtauld Institute of Art. She completed her PhD at Queen Mary University, London, in 2009. In 2009-2010, she held a post-doctoral fellowship at the Getty Research Institute in Los Angeles, where she was involved in the research project The Display of Art in Roman Palaces, 1550-1750. In 2012-2015, she was a Marie Curie Fellow at the Warburg Institute. She has co-curated the exhibition Giulio Romano: Art and Desire (Mantua, Palazzo Te, 6 October 2019-6 January 2020) and she is currently working on a new exhibition project on Renaissance design and creativity. She has published extensively on the history of collecting, display practices and the art market.

Dr Adriano Aymonino is Senior Lecturer and Director of Undergraduate Programmes in the Department of History of Art at the University of Buckingham. He is currently working on his book on Robert Adam’s Syon House and, with Nick Penny and Eloisa Dodero, on a revised edition of Francis Haskell and Nick Penny’s Taste and the Antique.

Arthur MacGregor is currently an Andrew W. Mellon Visiting Professor at the V&A's Research Department. Following the publication last year of his book Company Curiosities, he is working on an analysis and reconstruction of the contents of the East India Company's museum. Formerly a curator at the Ashmolean Museum, he continues to edit the Journal of the History of Collections.

The book has been shortlisted for the Morey award (https://www.collegeart.org/news/2019/12/09/finalists-for-the-2020-morey-and-barr-awards/) and was chosen as one of the books of 2019 by the Sunday Times Literary Supplement

The evening will end with a wine reception, courtesy of the Paul Getty Museum, Los Angeles.

There will also be an opportunity to buy the book at a discounted price. 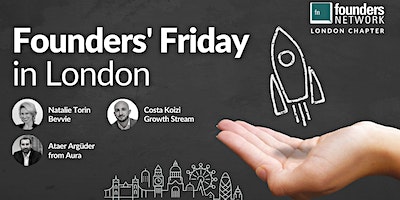 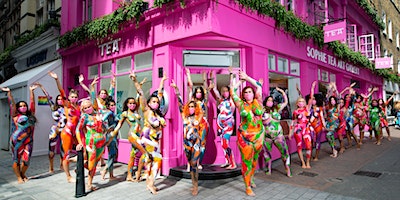 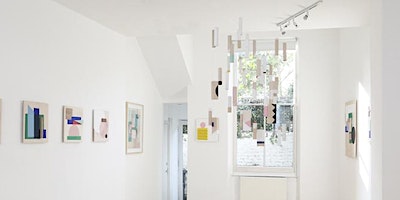 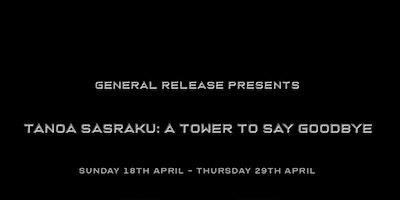 A Tower to Say Goodbye is a solo exhibition by Tanoa Sasraku....