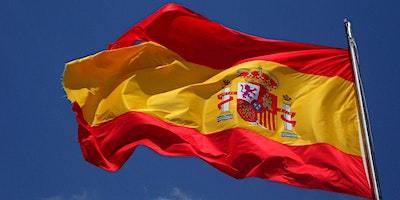 This is the first event of “Arbitration Leading Minds”. King’s College London and the Club Español de Arbitraje (Spanish Arbitration Club) have teamed up to create a series of events called “Arbitration Leading Minds”. The aim is to conduct periodical interviews with leading practitioners about their arbitration trajectory and work. Generally, the interviewed person will be a renowned arbitrator, but the series will also include counsel, academics, judges or institutional representatives. The content of the interview will combine personal and professional anecdotes with a substantive discussion of current legal issues in the practice of commercial and investment arbitration. Interviews will be conducted by arbitration practitioners and intend to offer attendants the opportunity to get to know valuable details about the background, views and thinking behind some of the most well-known faces in international arbitration.

Professor Juan Fernández Armesto is a professional arbitrator and the chairman of the Club Español del Arbitraje, the largest arbitration association in the Spanish speaking world. He specializes in arbitrations involving States. In former lives he was chairman of the Spanish Securities Commission, partner of Uría Menéndez and full professor of commercial law. Besides he is a keen and experienced organic dairy farmer in his native Galicia.

Carmen Martínez is a partner in the London office of Three Crowns. She has appeared as advocate in numerous investment treaty and commercial arbitrations, both under the rules of the major arbitral institutions and ad hoc, and involving a variety of jurisdictions, with a particular focus on Latin America and Spain. Carmen is the President of the British Chapter of the Spanish Arbitration Club (Club Español del Arbitraje), and a member of the Arbitrator Appointment Committee of the Madrid Arbitration Court.

Dr Manuel Penadés is a lecturer in international arbitration at The Dickson Poon School of Law, King’s College London. Qualified England and Wales as well as Spain, he acts as an independent arbitrator and legal expert in international commercial disputes.

The event will be followed by a networking reception.