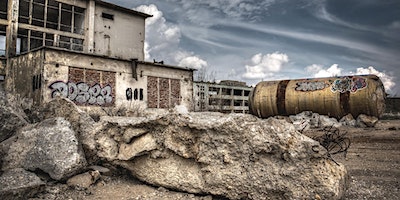 Join an expert panel for the launch of a new book which looks at conflict, persuasion and foreign policy.

What does it take for warnings about violent conflict and war to be listened to, believed and acted upon, and why are warnings from some sources accepted, while others are ignored or disbelieved?

Answering these questions convincingly is key to the efforts of states and international organisations in preventing humanitarian catastrophes and mass atrocities, but also in avoiding harm to the interests of states in an era of interconnected politics and porous borders.

The authors offer a new theoretical framework explaining how distinct 'paths of persuasion' are shaped by a select number of factors, including conflict characteristics, political contexts, and source-recipient relations.

This is the first study to integrate persuasion attempts by analysts, diplomats and senior officials with those by journalists and NGO staff. Its ambitious comparative design encompasses three states (the US, UK, and Germany) and international organisations (the United Nations, European Union, and Organisation for Security and Co-operation in Europe) and looks in depth at four conflict cases: Rwanda (1994), Darfur (2003), Georgia (2008) and Ukraine (2014).

The launch-event will feature a brief presentation of the book’s key arguments and findings by the authors, following by short reflections from three experts and a question and answer session.

The expert discussants are:

Kate Ferguson is co-executive director of the NGO Protection Approaches and inaugural chair of Policy at the European Centre for the Responsibility to Protect at the University of Leeds.

Karen E. Smith is professor of international relations at the LSE and head of the Department of International Relations.

Alexander Downer is executive chair of the International School for Government at King’s and a trustee of International Crisis Group. Between 1996-2007 he served as Australia’s foreign minister.

Christoph Meyer is professor of European and international politics at King’s College London and vice-dean (research) at the Faculty of Social Sciences and Public Policy at King’s.

Chiara De Franco is associate professor of international relations at the University of Southern Denmark and director of the international research programme ‘Protection Complexity’.

Florian Otto is associate director of control risks based in the Frankfurt Office. He manages a team of analysts covering political operational and security risks in Western Europe and Turkey.