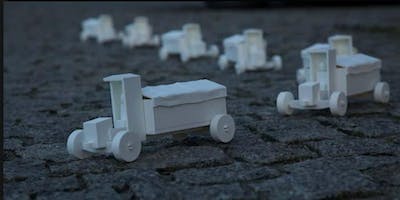 Bystanders & Memory: Between the Museum and the Theatre

In December 2018, the exhibition, “Terribly close: Polish Vernacular Artists Face the Holocaust” (Widok zza bliska. Inne obrazy Zagłady), opened at the Ethnographic Museum in Krakow, curated by Erica Lehrer, Roma Sendyka, Wojciech Wilczyk, and Magdalena Zych. The exhibition showcases how local artists in Poland attempted to represent the events they witnessed during World War II. The objects on display in the museum challenge what is understood as Holocaust art, expand the field of Holocaust memory studies to include “minor,” “peripheral,” or “awkward” objects, as well as contribute to larger debates about “difficult heritage” or “difficult knowledge”. In collaboration with the curators, the Staging Difficult Pasts project team commissioned Polish artist Wojtek Ziemilski to create a commemorative performance action, which consisted of transporting a wooden toy in a form of a car, described as “truposznica” or a corpse carrier used transport the dead bodies that had been gassed to be cremated, from the Ethnographic Museum to the Cricoteka, housing the objects and machines associated with the work of Tadeusz Kantor. This panel will reflect upon the exhibition and the performance action, discussing tensions between representation and performativity, the dynamic relationships between museal and theatrical frames and memory and history.

This event is free but please do book tickets here. The panel will be followed by a wine reception. This event is co-funded by HARI (RHUL) and the Royal Central School of Speech and Drama.

Bryce Lease is Reader in Theatre & Performance Studies at Royal Holloway, University of London and is Primary Investigator on the AHRC-funded project ‘Staging Difficult Pasts: Of Narratives, Objects and Public Memory’ (stagingdifficultpasts.org) and is co-editor for Contemporary Theatre Review. He has published widely on Polish theatre, including his monograph After ’89: Polish Theatre and the Political (Manchester University Press, 2016). He is currently completing two books, Contemporary European Playwrights (Routledge) with Maria Delgado and Dan Rebellato and A History of Polish Theatre (Cambridge University Press) with Katarzyna Fazan and Michal Kobialka. From 2018-2020, he is also Co-I on the project ‘Embodied Performance Practices in Processes of Reconciliation, Construction of Memory and Peace in Chocó and El Pacífico Medio, Colombia’, led by Melissa Blanco-Borelli and Anamaria Tamayo Duque.

Erica Lehrer is a sociocultural anthropologist and curator. She is Professor in the departments of History and Sociology-Anthropology and held the Canada Research Chair in Museum and Heritage Studies (2007-2017) at Concordia University, Montreal, where she also is Founding Director of the Curating and Public Scholarship Lab (CaPSL). She is the author of Jewish Poland Revisited: Heritage Tourism in Unquiet Places (Indiana University Press (2013); and editor (with Shelley Butler) of Curatorial Dreams: Critics Imagine Exhibitions (McGill-Queens 2016); (with Michael Meng) of Jewish Space in Contemporary Poland (2015); and (with Cynthia Milton et al) of Curating Difficult Knowledge: Violent Pasts in Public Places (Palgrave 2011), as well as numerous articles. In 2013 she curated the exhibit Souvenir, Talisman, Toy at the Kraków Ethnographic Museum (MEK) in Poland, and in 2014 published the accompanying book Lucky Jews and the online exhibit www.luckyjews.com.

Roma Sendyka is Professor at the Department of Anthropology of Literature and Cultural Studies, Faculty of Polish Studies, Jagiellonian University, Kraków. She is co-founder and head of the Research Center for Memory Cultures. She specializes in cultural theory, visual culture studies and memory studies. In her current work she researches the category of “non-sites of memory” and visual approaches to genocide representation. She is author of The Modern Essay: Studies in Historical Awareness of a Genre (2006), From “I” Culture to the Culture of the “Self” (2015), and co-editor of four volumes on memory studies. She leads the team in the research project Uncommemorated Genocide Sites and their Impact on Collective Memory, Cultural Identity, Ethical Attitudes and Intercultural Relations in Contemporary Poland (2016-19). She was head of the research team for the Awkward Objects of Genocide project, part of the grant Transmitting Contentious Cultural Heritages with the Arts: From Intervention to Co-Production (TRACES, 2016-2019).

Location: The Royal Central School of Speech and Drama 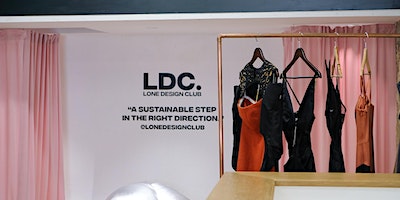 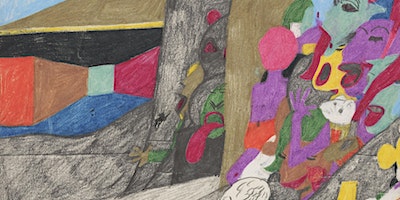 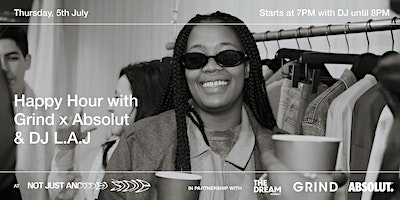 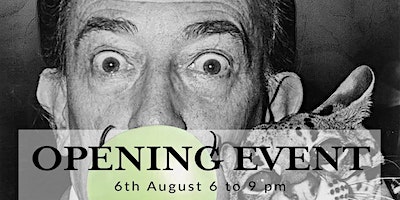 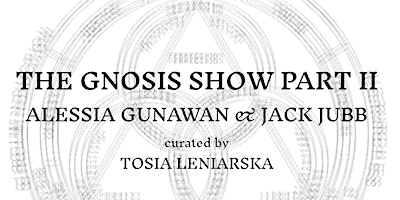