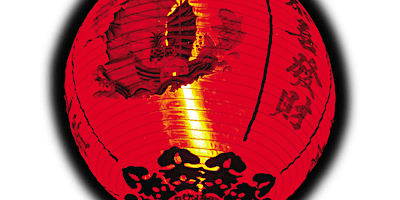 Chinese New Year begins on 25 January 2020 and will mark the start of the Year of the Rat, the first of the Zodiac animals.

The Deloitte Multicultural Network's 2020 Chinese New Year celebration will be a great evening to explore and celebrate Chinese culture with a variety of entertainment and cuisine.

Dr Cheng Yu, a renowned pipa lute and guqin zither virtuoso, will be performing a selection of her pieces. Comedian Evelyn Mok will be delivering a laugher filled talk about her life and experience growing up in Sweden.

We will also have music performances by the SOAS Silk and Bamboo Chinese Music Ensemble. The LSE Confucius Institute will run a number of stalls where you can learn about Chinese calligraphy and tea ceremonies. Traditional Chinese cuisine and drinks will be served throughout the evening.

Please register to attend by Tuesday 11 February 2020 on this Eventbrite page.

If you have any questions about this event please contact us.

Born in Beijing and formerly a pipa soloist with the Central Orchestra of Chinese Music in China, Cheng Yu is a renowned pipa lute and guqin zither virtuoso and specialist in Chinese music.

She has been performing regularly in Europe and the UK, appearing in venues such as the Purcell Room, the Queen Elizabeth Hall, the Royal Opera House and at the WOMAD, WOMEX and Edinburgh Festivals. In summer 2018, she successfully directed the week-long First London International Guqin Festival, which was awarded funding from several organisations, including Arts Council England, and drew musicians and scholars from over a dozen countries.

Dubbed “The Swedish Amy Schumer” by Comedy Central Nordics, Evelyn Mok is the best thing to come out of Sweden since… IKEA? Born and raised in Sweden, to a Hong Kongese father and a Chinese-Indian mother.

Evelyn has performed comedy sets on Stand Up Central for Comedy Central and Stand-Up at BBC Wales alongside the best UK comics.

The Silk and Bamboo (sizhu) Chinese Music Ensemble is a renowned string and wind group, and represents a typical, traditional Chinese musical form.

Established in 1996, the SOAS Silk and Bamboo Ensemble performs Chinese folk music and the teahouse music from Shanghai.

The Ensemble has performed in schools, local communities, private events and has also played at public events at the British Museum, Victoria and Albert Museum, Rich Mix and Southampton Museum.

The Confucius Institute for Business London (CIBL) aims to help London business communities to learn the Chinese language and foster greater understanding of the business culture in China. Its primary focus at LSE is on business language teaching. The CIBL also hosts a number of events to promote wider Chinese culture - most of which are open to the general public.