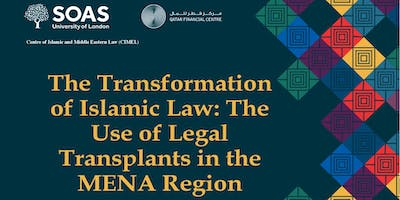 A discussion on Islamic legal history, assessing Western influence on the law and legal systems of the Arab world and Middle East

The classical Islamic law, in force from the Qur’anic revelations to the early 19th century, is no longer the sovereign law of most Muslim-majority jurisdictions. Whilst its legal foundations originate from classical Islamic law, the latter had been converted progressively over the course of history to meet the needs and realities of societal evolution. This series of presentations by leading practitioners and academics will examine how Islamic law has interacted with Western legal systems in various contexts, from modern Islamic finance as practiced in the United Arab Emirates, to the transplantation of Western legal orders into the Middle East and the legacy of that transplantation process in the modern Lebanese legal system. Following the talks, there will be time set aside for questions to be answered. After the event there will be a networking drinks reception.

The transformation of Islamic Law: Assessing the historical transplantation of French law into the MENA region from the 19th century

The classical Islamic law in force from the Qur’anic revelations to the early 19th century is no longer the sovereign law of most Muslim-majority jurisdictions. Whilst its legal foundations originate from classical Islamic law, the latter had been converted progressively over the course of history to meet the needs and realities of societal evolution. One of the contributing factors within the Arab World and Middle East is the decline of the Islamic legal system following (i) the French colonisation of Algeria, (ii) the French protectorates of Tunisia and Morocco, together with (iii) the collapse of the Ottoman Empire and its efforts of modernisation through the Tanzimat period. This presentation aims to assess the legal influence and transplantation of French law into the Arab World and Middle East through several historical events including the Napoleon’s conquest of Egypt (1798) which marks the beginning of the Western involvement into the Arab World.

After a brief recall of the historical background of the Lebanese legal system, Dr. Hage-Chahine will address the “whys and wherefores” behind French influence thereon, as well as the different areas that have been subject to this influence, notably the legal framework, the judicial system, case law, the legal reasoning, the academic teaching within law schools, etc. Dr. Hage-Chahine will also give concrete examples of the latter influence, state the reasons that led to the success of this legal “transplant” and attempt to answer whether or not the current French legal system can still inspire the Lebanese legal system.

Islamic Financial Law and the Law of the United Arab Emirates: Disjuncture and the Necessity for Reform

Islamic financial law (IFL), an emerging global legal order, is a highly fragmented law comprised of both state and non-state generated laws, standards, commercial practices, institutions, fatwas and legal ideas. A recent event involving a sukuk issuance in which Dana Gas claimed that its sukuk were no longer sharia-compliant highlights the legal disjuncture between the global IFL and the laws of municipal legal systems, which have chosen to facilitate and regulate Islamic finance. Systemic legal issues or "legal gaps" undermine investor confidence and impede sustainable development of the Islamic finance industry. Legal gaps include but are not limited to undeveloped securities laws, enforceability issues and a lack of clarity with respect to the role and effect of the sharia in the municipal legal systems of many MENA states. This paper analyses these gaps and in so doing illustrates the relationship of IFL to the law of the United Arab Emirates.

Dr Amel Makhlouf is a French qualified lawyer specialised in international arbitration and litigation, with a banking and finance background. She has also a significant expertise in Islamic law and finance. She is a Research Fellow at the Chair for Ethics and Financial Norms at the Sorbonne Law School (Paris, France), a Lecturer in the LL.M Business Law, Arab World and Middle East at the Sorbonne Law School (Paris, France) and a Lecturer at the Institute for Research and Studies on the Mediterranean and the Middle East (Paris, France). She is the author of The emergence of an International law of Islamic finance: origins, formation and implementation into the French legal framework (IRJS, 2015, in French) and recently collaborated with outstanding scholars for the publication of Islamic Finance: Between Religious Norms and Legal Practice (Intersentia, 2019).

Dr Joséphine Hage Chahine is a qualified lawyer admitted at the Paris and the Beirut bars, specialised in international arbitration. Her practice includes a wide range of disputes such as sales, transport, construction, corporate, joint ventures, banking & finance. Dr Hage-Chahine is regularly appointed as Administrative Secretary to Arbitral Tribunals in institutional and ad hoc arbitration cases. She also acts as Counsel during arbitration proceedings and in post-arbitration proceedings. Dr Hage-Chahine has taught civil law, corporate law, bankruptcy law, credit instruments law, and banking law at both Assas and Sorbonne Law Schools (Paris, France). She holds a PhD from Assas Law School (Paris, France), is the author of a book on Risk Transfer Contracts (LGDJ-Le Point, 2016), and has recently published an article on The Redefinition of Arbitrability (Bulletin Juridique des Assurances, n° 61, January/February 2019).

Dr Jonathan Ercanbrack is the Chair of the SOAS Centre for Islamic and Middle Eastern Law (CIMEL) and is a lecturer in transnational financial law at SOAS, University of London. He completed a PhD in law at SOAS where he sketched the development of a transnational system of financial law, focusing primarily on the facilitation, regulation and adjudication of Islamic finance in the United Kingdom. At SOAS, he has developed an international reputation as a leading researcher in the field of Islamic financial law (IFL), the financial laws of Arab Gulf States and transnational financial law. His recent book, The Transformation of Islamic Law in Global Financial Markets (Cambridge University Press 2015) dealt with these ideas, highlighting the ways in which ancient transactions are transformed and used in the modern world.

Ian Edge is a founding director of CIMEL and a part-time academic at SOAS. He practices as a barrister, and is a specialist in most legal matters concerning Islamic/Shari’a law and the laws of the Middle East. He acts as advocate in matters of commercial and private international law relating to the Middle East or Islamic law and is considered one of the leading experts on the civil and commercial laws of the Middle East (including the application of Islamic law). Ian is the only non-UAE resident member of the Dubai International Financial Centre's Legislative Council, which he has sat on since its inception. Ian was appointed to the International Committee of the Bar Council as the member with responsibility for the Middle East and Chairman of the IC’s Middle East Interest Group in which role he served for four years. 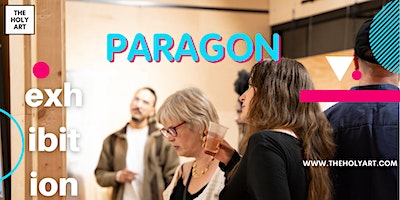 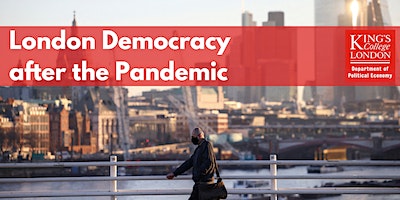 London Democracy after the Pandemic

This event revisits the topic of London's democratic governance and the challenges that rise ahead.... 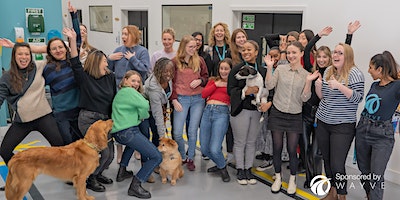 Women Who Code: Defining your own path to become a technical leader

Join us for conversation over nibbles &amp; drinks on "Navigating common pressures &amp; defining your own path to become a technical leader"!... 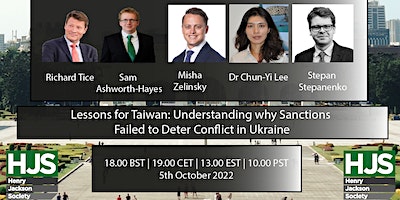 The Henry Jackson Society is delighted to invite you to an event discussing how the West can best use economic statecraft to deter Chinese..... 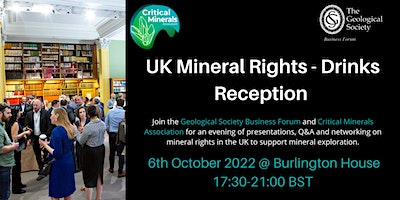 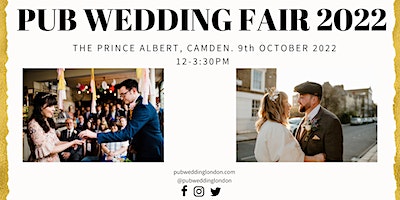 Join us to discover our range of fantastic wedding pubs located all around London and meet the amazing vendors that we work with.... 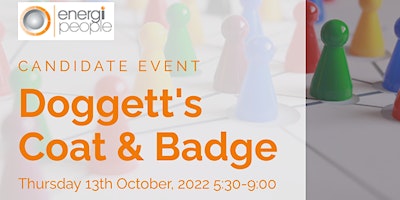 We welcome our candidates/prospects to our next networking event in London. Thank you for helping us to grow!... 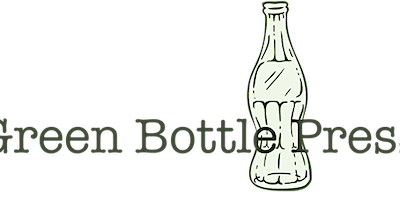 Four poets reading from their debut pamphlets! Have a glass of wine in the beautiful Art Workers' Guild and listen to new voices in poetry....