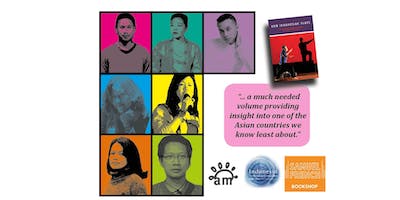 Come and celebrate with us and be the first to get a copy of New Indonesian Plays.

This is the first collection of Indonesian plays to be published in English in the UK, following on from a playreading showcase in May. Featuring seven plays from new and established Indonesian playwrights selected by Muhammad Abe and Gunawan Maryanto and edited by Cheryl Robson with an introduction by Rebecca Kezia.

The plays included are:

BREAK IN by Agnes Christina

SIN by Trisa Triandesa, adapted from the novel ‘Not a Virgin’ by Nuril Basri and translated by John H. McGlynn

THE MAKASSAR TRILOGY by Shinta Febriany, translated by Alfian Sa’at.

There will be a short playreading from the play SIN and a Q and A with the adapter Trisa Triandesa + refreshments. Signed copies available.

This event was made possible by assistance from the National Organising Committee for Indonesia as Market Focus Country at the 2019 London Book Fair.